For now, the cryptocurrency market is testing the limits of our existing financial laws and regulations — which do not directly address this unique industry and its ecosystem. 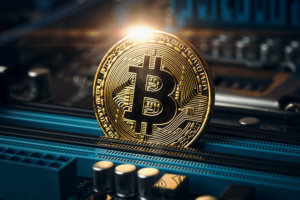 On March 12, the price of Bitcoin cryptocurrency reached over $61,000, posting what amounts to a 300% annualized return over the past 10 years.1 The reality of this complex and largely misunderstood asset is that its value is consistently growing over time. In fact, by mid-August 2021, the combined market value of Bitcoin and other cryptocurrencies totaled more than $2 trillion.2

However, digital currencies are subject to extreme volatility, and there is ongoing uncertainty about how to determine valuations.

Cryptocurrencies are the exact opposite of what we call “hard cash” — that is, paper dollars, metal coins, gold bullion and other precious metals that we can touch and store. However, as a society, we are hardly opposed to the concept of soft currency. After all, credit cards, bank loans, earned interest and stock shares are all forms of currency that we don’t actually receive in hard coin. Cryptocurrency is much the same, only it has created a new form of money based on digital technology.

Think of it this way: Cryptocurrency is changing the financial world the way streaming songs evolved the music industry.

The Chain of Ownership

Cryptocurrency is a term used to describe intangible coins that meet the characteristics of standard paper-based money but are actually a digital asset. Some of the better-known cryptocurrencies are Bitcoin (first launched in 2009), Ethereum and Litecoin.

What makes a virtual asset like Bitcoin is that it relies on blockchain technology to track and verify its legitimacy and ownership. Blockchain technology is basically a computer program that works as a digital currency ledger. All transactions, whether traded, sold or used as currency, are securely recorded in a ledger that every participant can see but no one can change. However, in the case of cryptocurrency, transactions move from peer to peer without the use of a financial intermediary, such as a bank, a currency exchange or a government.

One way to put cryptocurrency into perspective is to compare it to title insurance. When you buy a house, you hire a title company to research if anyone has an active claim to the property and then pay for an insurance policy against any future claims. This investigation and insurance fee is generally conducted every time a house is sold.

However, if title changes were recorded via blockchain technology, the registration would be absolute and visible on the blockchain ledger, and there would be no reason to pay for research and title insurance each time the house changed ownership.3

Blockchain platforms and services are projected to increase from $4 billion in 2020 to $199 billion by 2030. One recent survey found that 14% of adult Americans (21 million) own Bitcoin — with half of them making their first purchase over the past year.5

Furthermore, Bitcoin has become a more acceptable and mainstream form of legal tender. For example:

The following table depicts the top 10 cryptocurrencies being traded in the U.S. based on data as of Aug. 17, 2021.6 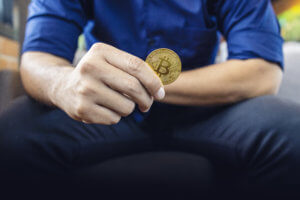 Obviously, as with any new type of investment, it is important for potential investors to thoroughly understand the risks and pitfalls that accompany the product. In the case of cryptocurrencies, one of the biggest threats is the existence of false currencies. In other words, a scammer can simply create a non-existent digital currency and convince investors to buy it.

If you are interested in purchasing a digital currency, bear in mind the following guidelines:

“Instead of GDP growth, industrial production, retail sales and similar metrics, the crypto business cycle is centered on the all- important network effect. Since anyone can observe all transactions on a decentralized blockchain, investors can analyze how long users are holding onto their coins, which is analogous to stock turnover.”8

Remember, this Wealth Report is meant to serve only as an initial primer to help you learn about the cryptocurrency market. It is neither a recommendation nor an endorsement to purchase this form of digital currency.

This content is provided for informational purposes. It is not intended to be used as the sole basis for financial decisions, nor should it be construed as advice designed to meet the particular needs of an individual’s situation. None of the information contained herein shall constitute
an offer to sell or solicit any offer to buy a security. Individuals are encouraged to consult
with a qualified professional before making any decisions about their personal situation. The information and opinions contained herein provided by third parties have been obtained from sources believed to be reliable, but accuracy and completeness cannot be guaranteed by AE Wealth Management. Neither AEWM nor the firm providing you with this report are affiliated with or endorsed by the U.S. government or any governmental agency. Investing involves risk, including the potential loss of principal. No investment strategy can guarantee a profit or protect against loss in periods of declining values. AE Wealth Management, LLC (“AEWM”) is an SEC Registered Investment Adviser (RIA) located in Topeka, Kansas. Registration does not denote any level of skill or qualification. The advisory firm providing you this report is an independent financial services firm and is not an affiliate company of AE Wealth Management, LLC. AEWM works with a variety of independent advisors. Some of the advisors are Investment Adviser Representatives (IAR) who provide investment advisory services through AEWM. Some of
the advisors are Registered Investment Advisers providing investment advisory services that incorporate some of the products available through AEWM. Information regarding the RIA offering the investment advisory services can be found at https://brokercheck.finra.org/.