The Occupational Safety and Health Administration (OSHA) announced last week it would be suspending enforcement of the administration’s vaccine mandate for firms with 100 or more employees. The mandate — hailed by some as an effective tool to get more people vaccinated and by others as unconstitutional — is now in the hands of a federal appeals court, even as the administration is still pressuring companies to comply with the order.

The other big deal last week was the House of Representatives’ narrow passage of the Build Back Better (BBB) legislation. This massive $1.75 trillion bill comes close on the heels of the $1.2 trillion infrastructure legislation. The BBB bill now heads to the Senate, where Democrats still need holdoutSenators Joe Manchin and Kyrsten Sinema to muster a 50-50 vote, then get the approving tiebreaker from Vice President Kamala Harris.

Officials have touted BBB as costing nothing and said it would pay for itself, but the Congressional Budget Office (CBO) has issued a score contradicting those claims. While it remains to be seen if the two Democratic holdouts will vote yes, concerns that the bill will generate more inflation and raise taxes are key issues that need to be resolved before it can become law. The market mostly shrugged off the House vote because it’s expected the bill will pass; what’s unknown is what — if anything — the two massive bills will do to inflation and taxes. For the moment, markets don’t seem too concerned.

Pressure was building to finalize who will be the chairman of the Federal Reserve, and on Monday morning, President Biden renominated current Chair Jerome Powell for a second term. Another contingent would rather have seen Fed member Lael Brainard ascend to the role. The challenge here was that Powell and Brainard are both interest rate doves, preferring to keep rates low for as long as they can — but with inflation surging, the need to raise rates is very real. Powell is less of a dove, so the markets believe the quantitative taper will happen and interest rates may begin to climb as early as next June. On the other hand, Brainard favors keeping rates lower for longer and believes the Fed should be more global in its focus.

The question for President Biden was: Do we stay the course and try to rein in easy money, or do we let easy monetary policy continue and risk inflation potentially getting worse? The other option may be to lay the current inflationary environment on Powell and have him take the fall. While wiping that slate would likely give the administration the ability to say they are doing something bold about inflation, the problem is that Brainard would probably be unwilling to do an about-face and become an interest rate hawk. Biden’s renomination shows he’s going for the known quantity of Powell as chair, while it appears Brainard will become vice chair of the board of governors.

Things didn’t go well the last time the U.S. met with China in Alaska in March. Therefore, when a virtual summit between President Biden and China’s President Xi Jinping was announced, expectations weren’t high. For once, they didn’t disappoint. The meeting didn’t go badly this time — it just didn’t go anywhere. (Which is an improvement, in a way.) The summit didn’t yield any breakthroughs on climate policy, human rights, intellectual property theft or trade. The two leaders didn’t address the origins of the coronavirus, and Taiwan remains a potential military confrontation in the making.

It didn’t take long for China to declare the meeting a success and boldly state that the U.S. does not“support independence” for Taiwan, meaning we were OK with China’s plan for reunification. But the White House said the president would continue to be guided by the Taiwan Relations Act and did not mention independence at all. So, which is it? What the markets really don’t need right now is a geopolitical showdown, given all the other problems the current administration is facing; from inflation, massive spending, events at the southern border and supply chain problems, it seems miraculous that markets have continued to enjoy new records week after week. Another crisis would not be welcomed and could end up being the straw the broke the camel’s back. 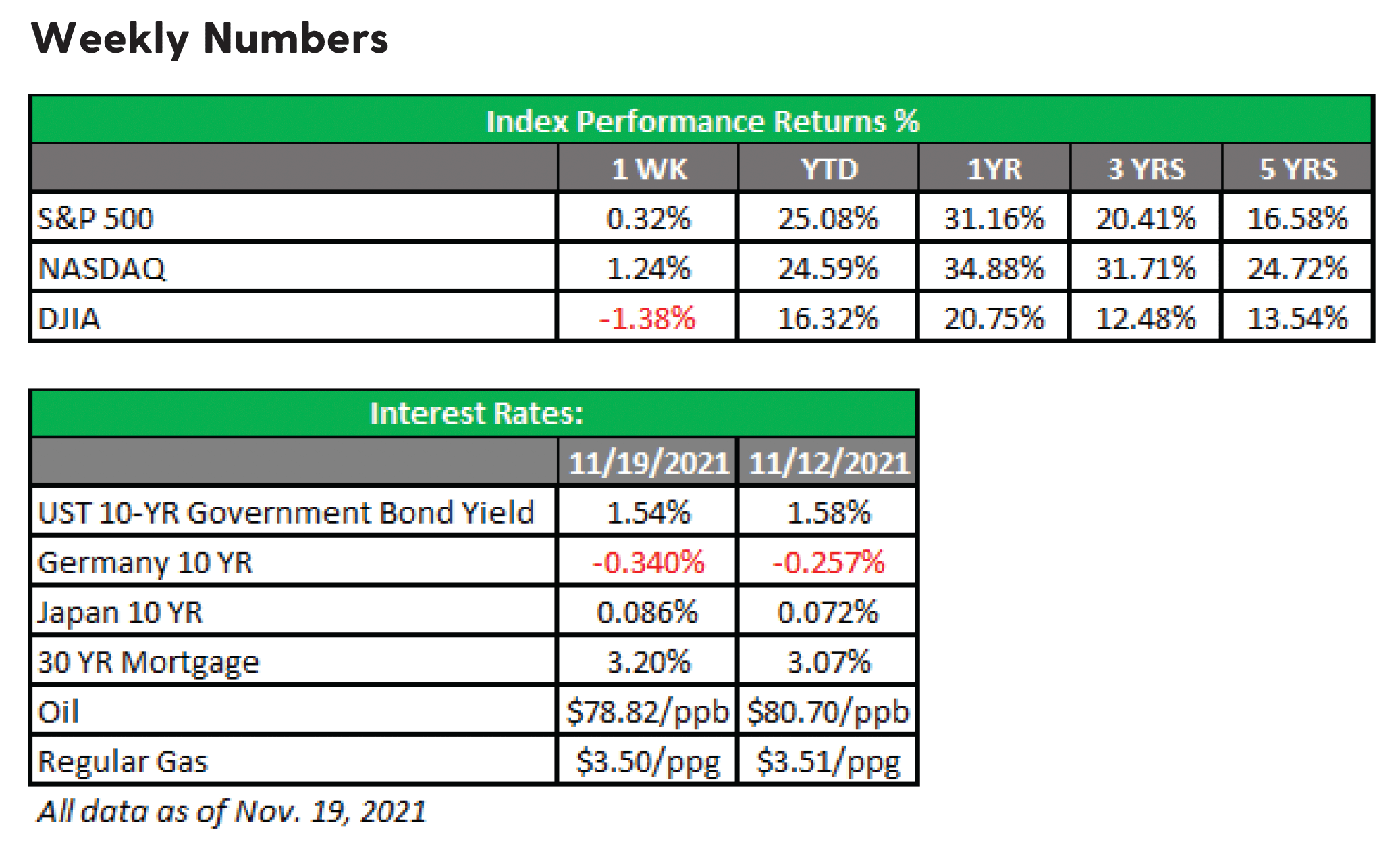