The Fed makes its move

The much-telegraphed taper was announced after the Federal Reserve concluded its meeting lastWednesday. Markets didn’t seem to notice the very real fact that additional liquidity would be removed to the tune of $15 billion per month. Remember, the Fed was adding $120 billion total per month in quantitative easing; at this rate, we are looking at eight months (June 2022) before additional liquidity is removed entirely, and we will have to consider whether the Fed will raise rates. There will still be money sloshing around until then — and eight months for the markets is an eternity.

Speaking of the markets, last week was another week of records. (The Dow and S&P 500 have posted over 40 and over 60 new highs so far this year, respectively.) After a rocky September, a historically scary October failed to deliver on the gloom-and-doom predictions. Instead, thanks to solid earnings, we are now over 36,000 on the Dow and 4,600 on the S&P 500.

Paradoxically, we seem to be in a place where more aggressive action by the Fed, such as the removal of liquidity, hasn’t impacted the markets. Eventually, rates will rise and the adage of “Don’t fight the Fed”will come to pass. Right now, the markets seem to be oblivious to rate hikes. The 10-year Treasury has dipped below 1.50% yield again, while volatility has remained mostly comatose the past few weeks, hovering around the 15-17 range.

The challenge is that the recent elections made some moderates nervous. They are less likely to support additional spending if they risk losing their reelection bids and cannot show anything of their efforts in Washington. With infrastructure, everybody wins — making that legislation more appealing. The passage of the infrastructure bill makes the Build Back Better legislation
even less attractive to moderates, which was probably why the progressives wanted the two bills linked in the first place.The debt ceiling deadline is also creeping closer and closer, and the Republicans have already said they will not help with that issue. As we head into the holiday season, it’s good to remain mindful of these issues that could have a pretty big impact on the markets.

Following two miserable monthly jobs reports, October’s Bureau of Labor Statistics (BLS) nonfarm payrolls were better but still not gangbusters. The October number came in at +531,000, while the prior two months were revised upward but nowhere near the +700,000 readings forecast for those two months. October’s estimates were for +450,000 and the actual number easily beat that, but if you lower your expectations enough, then a modest result looks really good.

Two main reasons were given for the low job growth in August and September. The first was that the delta variant of the coronavirus was holding back job seekers. The second was everyone would flock back into the job market in October after enhanced unemployment benefits rolled off — predictions were that we would see closer to 1 million new jobs that month. It’s all in the messaging: Here’s one take on Friday’s numbers from The Wall Street Journal: “After two months of disappointment, the job market roared back to life in October, adding 531,000 jobs, while private payrolls jumped 604,000.Both were the most since July and both beat expectations. The unemployment rate dropped to 4.6%from 4.8%. For a change, the numbers were better than expected.”

Obviously, 500,000 new jobs is not 1 million. We also still have nearly 11 million openings, which hopefully the Job Openings & Labor Turnover Survey (JOLTS) report this week will show are declining.Then again, it depends on whether you’re a “glass half-full” or “glass half-empty” type of person. Right now, we’re in the latter camp and unconvinced that the situation is materially better. 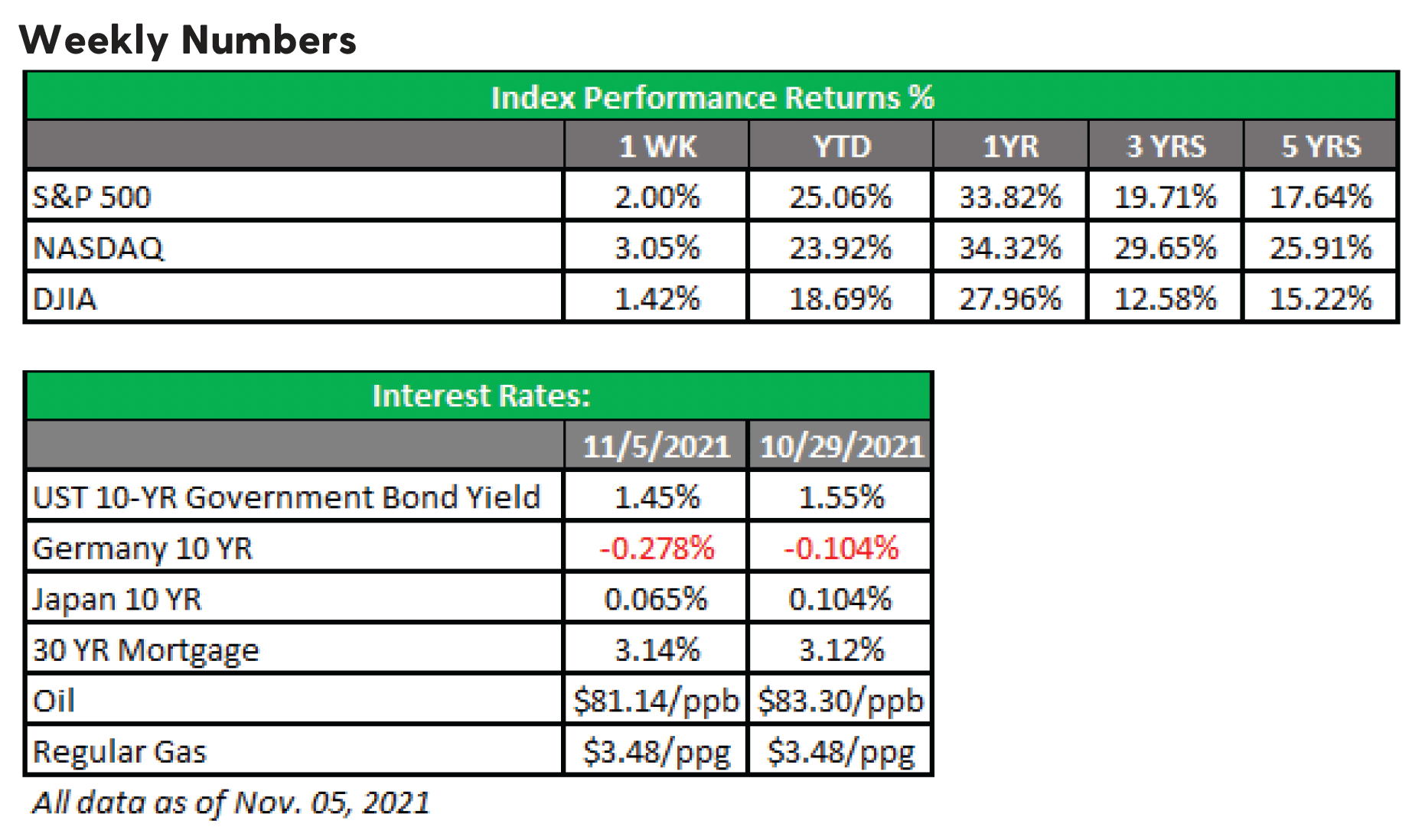