Not there yet! The “actual” meaning of zero

The week dawned with expectations for a vote on the $1.2 trillion infrastructure bill and the massive$3.5 trillion “Build Back Better” reconciliation bill. We’ve previously said that tying together the two bills —one of which seemed expensive but logical and is enjoying bipartisan appeal and the other a massively expensive wish list supported by progressives — would be a mistake. Taking the obvious win and passing the infrastructure bill would garner support from both chambers of Congress, but making one dependent upon the other could potentially doom both. For the moment, that appears to be the case.

As of last week, progressives were holding the infrastructure bill hostage while moderates balked at voting for the $3.5 trillion reconciliation bill. Add in the spiciness of continuing to fund the government and the debt ceiling debate, which Treasury Secretary Janet Yellen urged be suspended permanently, and we arrive at our current stalemate.

Democratic Sens. Joe Manchin of West Virginia and Kyrsten Sinema of Arizona oppose the current $3.5trillion proposal, and Sen. Manchin went on record saying he would not support any bill over $1.5 trillion.But progressives feel that settling on $3.5 trillion was compromise enough to their initial ask of $6 trillion. The bill is 2,500 pages long and mentions taxes more than 1,800 times, despite the president and speaker of the House maintaining that the cost would be “zero” dollars.

Now we’re at the current crossroads. Infrastructure might still get done but will most likely alienate progressives and fracture the ruling Democrats. Why does this matter to the markets? Much of this spending was likely anticipated and priced in, so when you have uncertainty like we are now, markets don’t like it. All this infighting and bickering seems to have contributed to markets having their worst month since March 2020, although they shook off some concerns and took off on Oct. 1 as Merck announced a COVID pill that cuts down on some of the worst effects of the virus.

In our view, it would be beneficial to get infrastructure done since it will help communities. We also need to fix Social Security and Medicare, which will help everyone. The debate over the bills is far from over, so please stay tuned.

You, sir, are a dangerous man

The usually low-key and “reserved” Federal Reserve had an interesting week. Two officials resigned, citing reasons from health concerns to not becoming a “distraction.” Whatever their reasons, Eric Rosengren of Boston and Robert Kaplan of Dallas left in the wake of being caught in a trading scandal and violating the Fed’s rules on investments.

Fed Chairman Jerome Powell stated in testimony before the Senate that his earlier call on inflation being transitory (aka temporary) was premature. His word for our current situation: “frustrating.” That seems to be an understatement. We’ve said before that inflation was real, not a blip, and would cause us pain for a while. You can only hide the obvious for so long; in fact, inflation is running at 30-year highs by some measures.

The statement prompted Sen. Elizabeth Warren to tear into Chairman Powell with another concern. Calling Powell “a dangerous man” in leading an effort to weaken the nation’s banking system, she vowed to oppose his renomination. “Your record gives me grave concerns,” Sen. Warren said. “Over and over, you have acted to make our banking system less safe, and that makes you a dangerous man to head up the Fed, and it’s why I will oppose your renomination.” Ouch.

An active movement not to reappoint Powell as chair will only add to the uncertainty of upcoming Fed actions and potentially create more market turmoil. Powell has stubbornly adhered to maintaining artificially low rates and quantitative-easing shenanigans. However, the market isn’t anticipating his departure. If that’s on the table, we now have to be concerned about who his potential replacement might be and how they will manage the Fed.

Oh, what a feeling… dancin’ on the (debt) ceiling

A government shutdown was narrowly avoided last Thursday, as Congress reached a last-minute agreement to fund the government into early December. That national emergency is temporarily averted, but the debt ceiling still needs to be addressed.

When Ronald Reagan left office in 1988, the total national debt was around $2.7 trillion. Now it’s close to $29 trillion — and that’s before the potential new spending. The debt ceiling was at $22 trillion as recently as 2019, and now we’re asking to raise it again.

The debt ceiling conversation can get academic and hard to follow, but here’s a simplified way to make sense of the situation. Let’s say the debt ceiling is your credit card limit and the national debt is your actual balance. If you have a positive difference between your limit and your balance, you have available credit.

Right now, the U.S. government has zero available credit. (This is the appropriate time for the use of the word “zero.”) If you as an individual hit or exceed your credit card limit, your bank most likely won’t call you to ask if you want your limit raised. Instead, they would ask you to make a payment and start putting a dent in your balance ASAP.

We take this risk every time we, as a country, borrow and spend up to our limit, only to get maxed out and go through the process again. At what level will creditors stop funding our borrowing and demand payment? In my opinion, it might be sooner than we think. 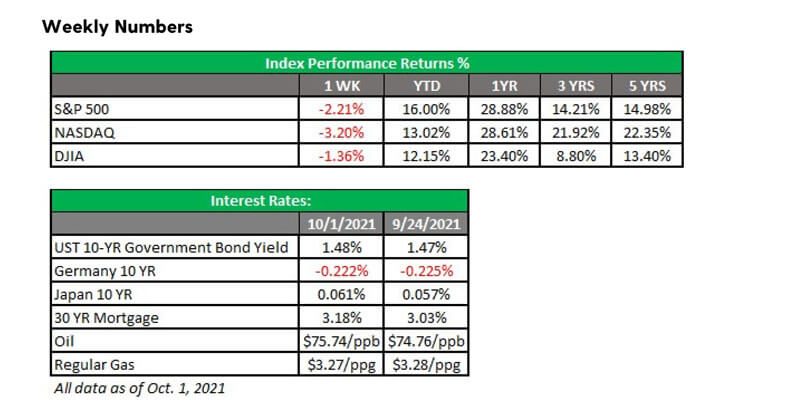 This information is not intended to be used as the sole basis for financial decisions, nor should it be construed as advice designed to meet the particular needs of an individual’s situation. None of the information contained hereinshall constitute an offer to sell or solicit any offer to buy a security or insurance product.